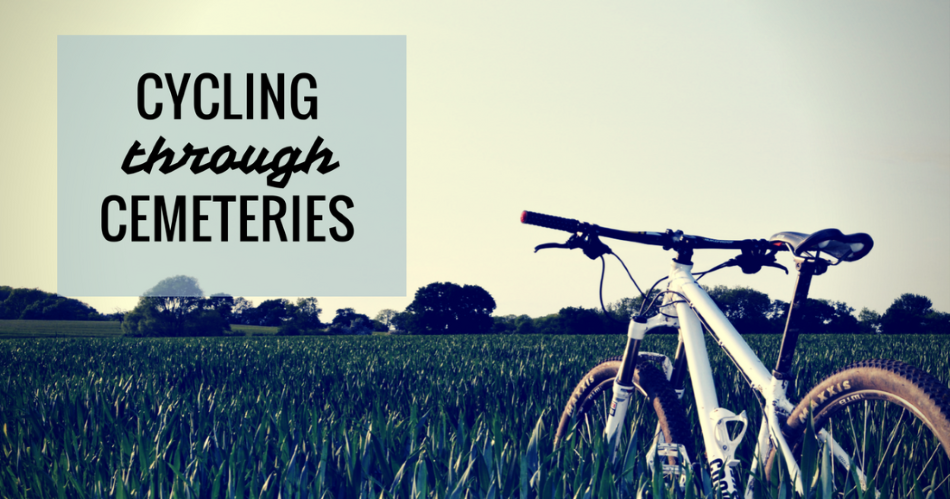 One of my favorite things to do when I’m visiting a new place is to take a ghost tour.  It’s a fun way of learning a little about local history. Also, especially at this time of year, I like things that are slightly creepy.  Imagine my glee, then, when I found out Provo has its very own ghost tour, and it’s a cycling tour!  This is a combination of two of my favorite things!  If you’re interested, now is the perfect time to take a Pedal Provo Ghost Tour. The tour I went on was just what I wanted it to be. It was fun to ride in a pack of bicyclists through Provo, stopping at historic spots to learn a new creepy bit of history.

The funny thing is, it took going on a cycling ghost tour for me to look into the resources we have on Provo’s eerie past here at the library.  For example, a pretty interesting history of the Provo cemeteries can be found here on the Provo City Library website.  Did you know there are unmarked graves on Grandview Hill?  Another popular burial spot was below the “Y” on the mountain. One of the original Provo Cemeteries was actually located where BYU’s Maeser Building stands now.  A more current tidbit is that there’s a time capsule in the Provo City Cemetery, set to be opened in 2018. It’s all there on our website.

There are a few stories I learned on the ghost tour that are based more on legends than they are on fact, so they are harder to verify. The story of Old Bishop, a native who settlers accidentally killed and then tried to hide the body in the Provo River, is one I hadn’t heard before.

A lot of other information about Provo’s past can be found on the Historical Provo and Historical Photographs pages on our website, and of course we have books in both Special Collections and in Non-Fiction.

If bicycling, ghosts, or history aren’t your thing, check out our list of other great events that are going on in the community right now.  There’s a lot going on, and something will likely catch your attention.  Then come back to the library and tell me all about it!