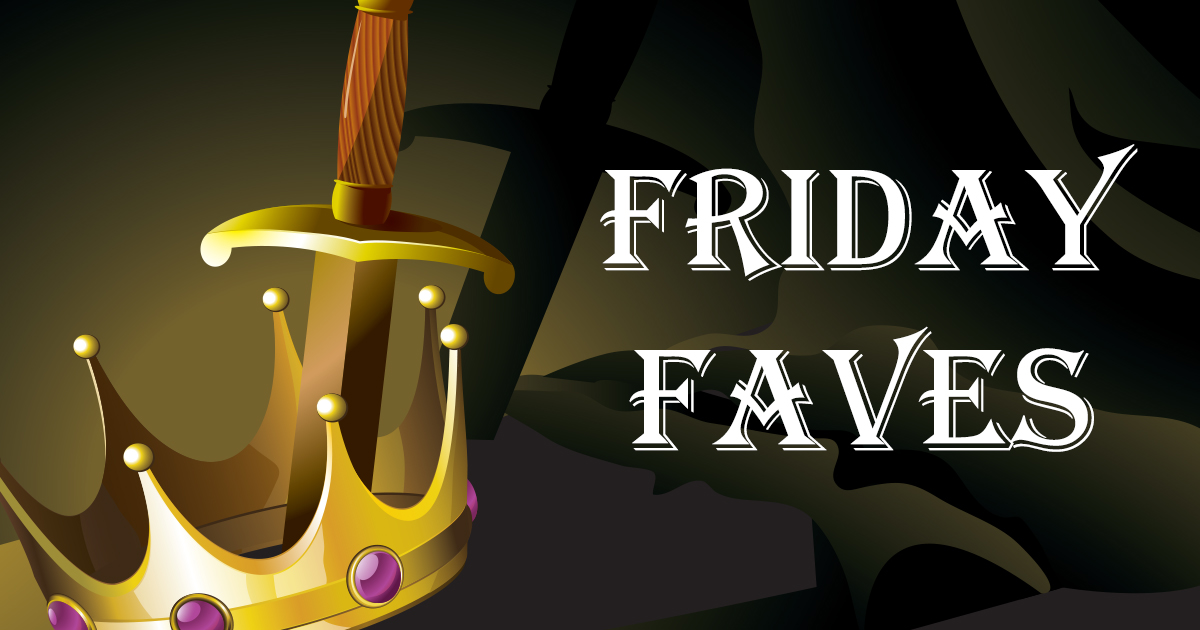 Everybody knows the story of King Arthur and his Round Table... don't they? As a passionate medievalist, I am continually surprised by how little of the actual story people know. Anyone can tell me about Lancelot and Guenevere's doomed love, but many fewer know that Mordred, Arthur's bastard son, was the real destroyer of Camelot. The magic of Morgan le Fey, the purity of Sir Galahad, the elusive Questing Beast; there's a whole lot that you're missing out on if you only know the fairy tale version.

My suggestion: dig a little deeper. There are dozens of different versions of the legends to explore, but to get you started here are five of my favorites.

This is the Arthurian Legend--the very first one ever written in English. Though calling it "English" might be a little bit of a stretch. Written in Middle English, the precursor to our current tongue, it is full of weird words and even weirder spellings. The story will seem much more familiar, however, since every King Arthur book that has come after has used this version of the myth as its starting point, whether directly or indirectly.

It starts with Arthur's conception and Uther's magical seduction of Igraine. Touching briefly on Arthur's ascension to the throne, it then follows his battles as he consolidates his empire, challenges Rome, and establishes the Round Table. The adventures of the various knights, the quest for the Holy Grail; it's all in there.

There are two major versions of Le Morte d'Arthur. William Caxton published the first version in 1485 along with his own extensive edits to the piece; this is known as the Caxton publication. The second version appeared in 1934 when the headmaster of Winchester College discovered a manuscript version of the work much closer to Malory's original writings; this is known as the Winchester manuscript. Provo Library has a copy of both Caxton and Winchester, each with updated spelling for a much easier read.

This version was a childhood favorite of mine and has spawned several popular adaptations including the musical Camelot and the cartoon movie The Sword and the Stone. It tells the story of Arthur's younger years at length, including adventures with Robin Hood and magical tales of Merlyn transforming young "Wart" into various animals for educational purposes.   During Arthur's adult years the book shifts to Lancelot's story, giving a surprisingly sympathetic and tender reading of the ugly knight's battle to choose between Guenevere and God. This version of the tale is by far the most charming I've read, written, you might imagine, by a kindly and wise old man not too different from Arthur's magical mentor. It is one of the funniest I've read, too; T.H. White invents a Merlyn that "lives backwards" in order to introduce all sorts of humorous anachronisms to the tale. Appropriate for both children and adults, this is probably my personal favorite of all the renditions of Arthurian legend.

Previously known as The Lost Years of Merlin, this version is much less a retelling of the traditional Arthurian myth as a spinoff of it. It tells the story of a teenaged Merlin, who wakes up on a beach with no memory of his childhood. As he attempts to rediscover the memories of his lost years, he must weigh the words of Branwen, a woman who claims to be his mother, against his own doubts.   This is the first book in a YA series that follows an amnesiac Merlin in his quest to understand not only his past but the magical power inside him. He quickly discovers that power without control is terrifying thing, and that even a controlled power has the potential for either good or evil.   I would highly recommend this series for younger readers who have maybe seen The Sword in the Stone and are interested in finding out more about the character of Merlin. Though none of Merlin's adventures in The Lost Years can said to be cannonical, they all come from Welsh mythology and are steeped in the same lore that gave birth to the original Arthurian myth.

THE MISTS OF AVALON
by Marion Zimmer Bradley
(1982)

Marion Zimmer Bradley tells the classic Arthurian tale with a unique twist: it is exclusively told from the perspective of women. It follows Igraine, Arthur's mother; Vivaine, the Lady of the Lake; Gwenhwyfar, Arthur's wife; and Morgaine, his half-sister; and tells the story of the rise and fall of Camelot from their conflicting viewpoints. A masterwork of new-wave feminism, it explores the sexuality of the Arthurian women, from Gwenhwyfar's supressed longing for the forbidden Lancelot to Morgaine's open promiscuity and celebration of the "life force." It also places the Arthurian legend at the turning point in history when religion was teetering between the ancient druidic customs and the new worship of Christ.

The title refers to the fact that the isle of Avalon, where druids and priestesses of the old religion are schooled, is receding further and further from the rest of Britain, hidden behind a literal and metaphorical veil of mists. Arthur is pulled back and forth between ancient Goddess and Christ, and it is the women that surround and influence him that ultimately must make the decision of faith for all of Britain.

THE SEEING STONE
by Kevin Crossley-Holland
(2000)

This is the first book in a YA trilogy that tells the story of young Arthur de Caldicot, the unhappy second son of a knight, who is given a magical stone by the wizard Merlin. In the stone Arthur can watch the story of the legendary King Arthur, and the young de Caldicot is surprised as he finds more and more parallels between his own life and that of the legendary King. Eventually young Arthur decides that what he sees are the events of a parallel world, a reflection of his own, and that as the mirror to a legendary king, de Caldicot has the opportunity to be just as great.

Extremely well-written for YA, I would recommend this series for both teens and adults interested in Arthurian legend or in the medieval period in general.