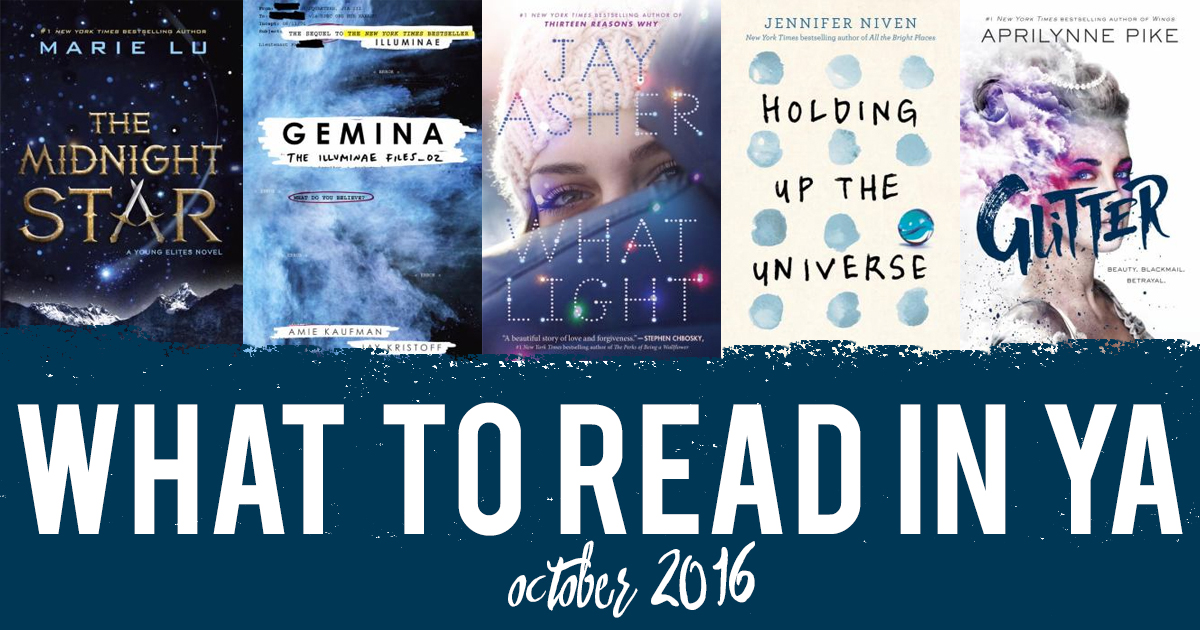 Gah, I’m so excited for this book! ILLUMINAE, the first book in the series, was one of my favorite reads of 2015. I would describe this series as The Walking Dead in space. It’s written in a unique, unconventional format which is great for reluctant readers.

When an elite BeiTech strike team invades the station, Hanna and Nik are thrown together to defend their home. But alien predators are picking off the station residents one by one, and a malfunction in the station's wormhole means the space-time continuum might be ripped in two before dinner. Soon Hanna and Nik aren’t just fighting for their own survival; the fate of everyone on the Hypatia—and possibly the known universe—is in their hands.

Once again told through a compelling dossier of emails, IMs, classified files, transcripts, and schematics, GEMINA raises the stakes of the Illuminae Files, hurling readers into an enthralling new story that will leave them breathless.

This is the final book in the Young Elites series, and responses from early readers agree that it couldn’t conclude in a more satisfying way!

Adelina’s forced to revisit old wounds when a new danger appears, putting not only Adelina at risk, but every Elite and the very world they live in. In order to save herself and preserve her empire, Adelina and her Roses must join the Daggers on a perilous quest—though this uneasy alliance may prove to be the real danger.

WHAT LIGHT
by Jay Asher
(October 11)

From the author of THIRTEEN REASONS WHY this book is supposed to be both sweet and profound.

Sierra's family runs a Christmas tree farm in Oregon—it's a bucolic setting for a girl to grow up in, except that every year, they pack up and move to California to set up their Christmas tree lot for the season. So Sierra lives two lives: her life in Oregon and her life at Christmas. And leaving one always means missing the other.

WHAT LIGHT is a love story that's moving and life-affirming and completely unforgettable.

I’ve heard great things about this mashup of Marie Antoinette and Breaking Bad, which is perfect for older teens. Best of all Aprilynne is visiting the library on her release tour on October 27.

When she turns eighteen, Dani will marry the most ruthless and dangerous man of the court. She has six months to escape her terrifying destiny. Six months to raise enough money to disappear into the real world beyond the palace gates. Her ticket out? Glitter. A drug so powerful that a tiny pinch mixed into a pot of rouge or lip gloss can make the wearer hopelessly addicted. Addicted to a drug Dani can sell for more money than she ever dreamed.

But in Versailles, secrets are impossible to keep. And the most dangerous secret—falling for a drug dealer outside the palace walls—is one risk she has to take.

HOLDING UP THE UNIVERSE
by Jennifer Niven
(October 4)

Jack has a newly acquired secret: he can’t recognize faces. Even his own brothers are strangers to him…So he tells himself to play it cool: Be charming. Be hilarious. Don’t get too close to anyone. Until he meets Libby. When the two get tangled up in a cruel high school game—which lands them in group counseling and community service—Libby and Jack are both pissed, and then surprised. Because the more time they spend together, the less alone they feel. . . . Because sometimes when you meet someone, it changes the world, theirs and yours.

Jennifer Niven delivers another poignant, exhilarating love story about finding that person who sees you for who you are—and seeing them right back.

Make sure not to miss: