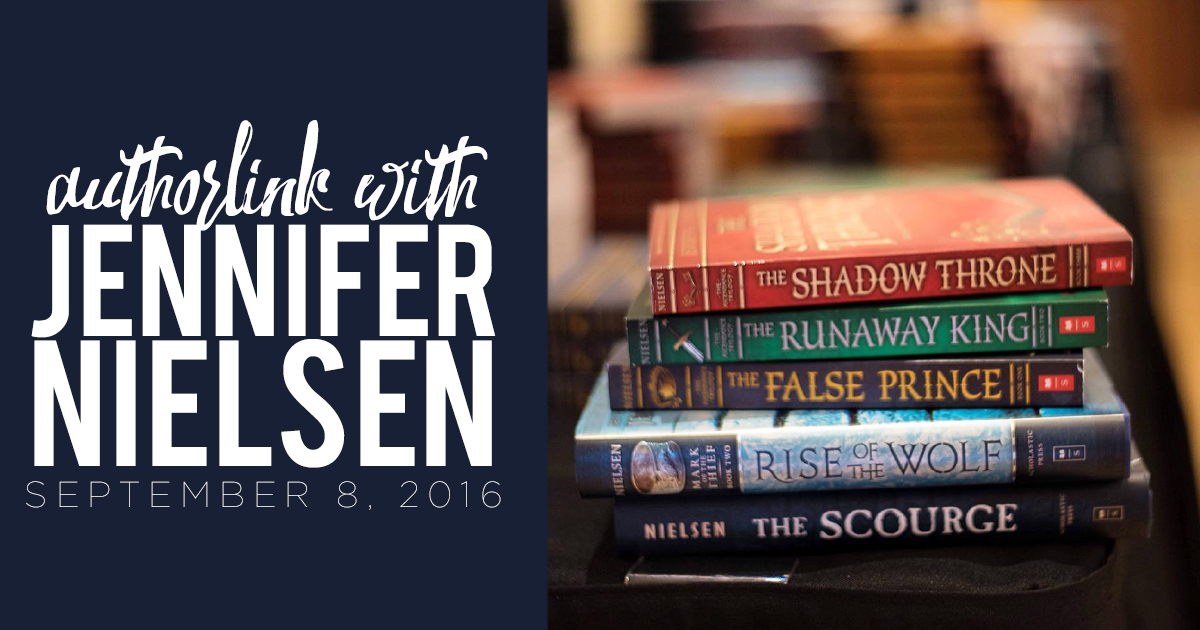 Last month, we were privileged to hear and experience the mind of Jennifer Nielsen, author of THE FALSE PRINCE, for the launch of her latest book, THE SCOURGE.

Nielson began the night by introducing a game based on her new novel, THE SCOURGE. She divided the audience into teams, the pinch worms vs. the grubs, which represent the two conflicting classes in the book. The teams were then tasked to complete a series of games such as Cupcake Stacking and Tic-Tac Shaking—as to whether or not these events are also based on the book, you’ll have to read it.

Nielsen went on to explain that the idea behind THE SCOURGE, a children’s book, came from the least kid-friendly topic she could think of—Leprosy.

“In the 20th century, we knew what Leprosy was. It was a disease we could cure, but the stigma on it was so bad that it was still legal to force people away from their homes,” said Nielsen. “The injustice of that just floored me. There are still today places where leprosy victims are living in colonies completely healed, but they have no home left to return to.”

She explained that she considered that if a person in power manipulated the fear people have of disease, that person would have an incredible about of power over the population. Thus, THE SCOURGE was born.

Despite the novel’s dark topic, Nielsen claims that through writing for children and crafting their characters, the book became one of the funnier books she’s written.

To view upcoming visits from authors, check out our fall schedule or subscribe to our AuthorLink Newsletter.