Friday Faves: Movies Based on Books 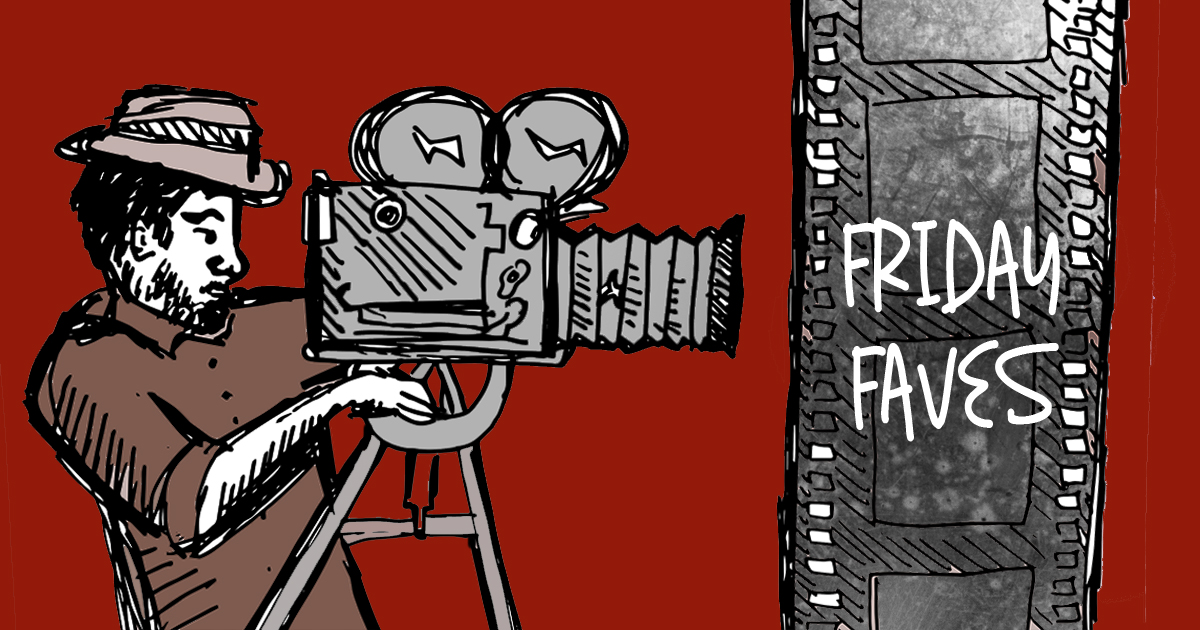 The book is better than the movie. We book-lovers all accept this as an almost universal truth. But every once in a while, a movie comes along that does justice to—and maybe even rivals—the book it was adapted from. It doesn’t happen often, but when it does the combination of seeing a book I absolutely love brought to life in front of my eyes just like it did in my mind is pretty magical. So here is my list of magical movies that were just as good as and maybe even better than the book they were based on.

NO COUNTRY FOR OLD MEN
by Cormac McCarthy
(2005)

Llewelyn Moss, hunting antelope near the Rio Grande, finds men shot dead, a load of heroin, and more than $2 million in cash. Only after two more men are murdered is Sheriff Bell lead to the carnage out in the desert, where he realizes how desperately Moss and his young wife need protection. This is a harrowing story of a war that society is waging on itself, and an enduring meditation on the ties of love and blood and duty that inform lives and shape destinies. In 2007 the Coen brothers adapted this book into an Academy Award winning film. The complete lack of a soundtrack and the haunting performance by actor Javier Bardem—who plays the unforgettable, unrelenting antagonist Anton Chigurh—made this adaptation as mesmerizing as it is unsettling. The Coen brothers are fantastic directors, and NO COUNTRY FOR OLD MEN just might be my favorite movie of all time.

Stranded on Mars by a dust storm that compromised his space suit and forced his crew to leave him behind, astronaut Mark Watney struggles to survive in spite of minimal supplies and harsh environmental challenges that test his ingenuity in unique ways.   This adaptation was released just last year. The production design and special effects brought this science fiction story to life even more completely than my own imagination could. I thought the pieces of the story that the filmmakers cut out were understandable and forgivable, and I liked that the film gave the audience a little more resolution than the book did.

In Jackson, Mississippi, in 1962, there are lines that are not crossed. With the civil rights movement exploding all around them, three women start a movement of their own, forever changing a town and the way women—black and white, mothers and daughters—view one another.   This movie came out in 2011, and although it is a bit older than some of the others on my list, it is still one of my favorites. The acting in this film is what really sets it apart. Emma Stone was the perfect casting decision for the spunky and stubborn Skeeter Phelan, and Octavia Spencer definitely earned her Academy Award for such a heartbreaking and inspiring performance. This movie was also one of the first standout roles for Jessica Chastain, who just gets better and better in each role I see her in.

Dead bodies are normal to John Wayne Cleaver. He actually likes them. They don’t demand or expect the empathy he’s unable to offer. Now, for the first time, John has to confront a danger outside himself, a threat he can’t control, a menace to everything and everyone he would love, if only he could.   This book is one of the most unique and fantastic horror stories I've ever read, and Billy O'Brien's film adaptation is no less chilling. Anyone who has read the book knows that this story contains quite a twist, and I was so pleasantly surprised at how well the movie portrayed it. My only criticism of this film is that I missed the insights into John's mind that I got through the book, but I give a lot of credit to the actor who played John for portraying so many of those complex thoughts through actions alone.

A girl named Rose is riding her new bike near her home in Deadwood, South Dakota, when she falls through the earth. She wakes up at the bottom of a square hole, its walls glowing with intricate carvings. But the firemen who come to save her peer down upon something even stranger: a little girl in the palm of a giant metal hand. Seventeen years later, Rose Franklin is now a highly trained physicist leading a top-secret team to crack the hand's code.   I’ve kind of cheated on this final entry. SLEEPING GIANTS hasn’t yet been made into a film. However the movie rights were sold to Sony Pictures before Neuvel even got a publishing deal. Because of the completely unique and intriguing plot, I’m predicting this will be an excellent movie—but I suppose I’ll just have to wait and see.