By the Numbers: Summer Code Club

This summer the children’s department began a brand new coding class for kids ages 8-12 called Code Club. We had done some coding classes before but this new class had a completely different format and allowed kids to progress at their own pace. We began with just one weekly class. However, a few weeks into the summer we realized there was a need for a 2nd weekly class. Here are some numbers that represent what went into the class as well as some of the progress that the kids made. 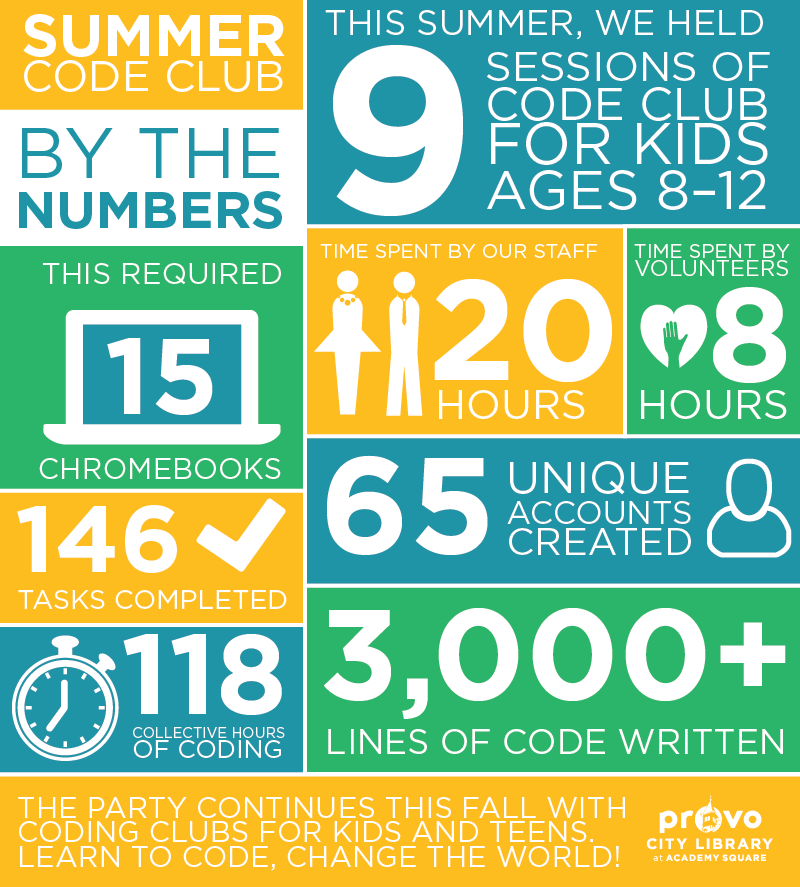 Children’s Code Club will recommence every Tuesday at 4:00 PM during from September through November. Also, the brand new Teen Code Club will be held every 2nd and 4th Monday of the month beginning in September.