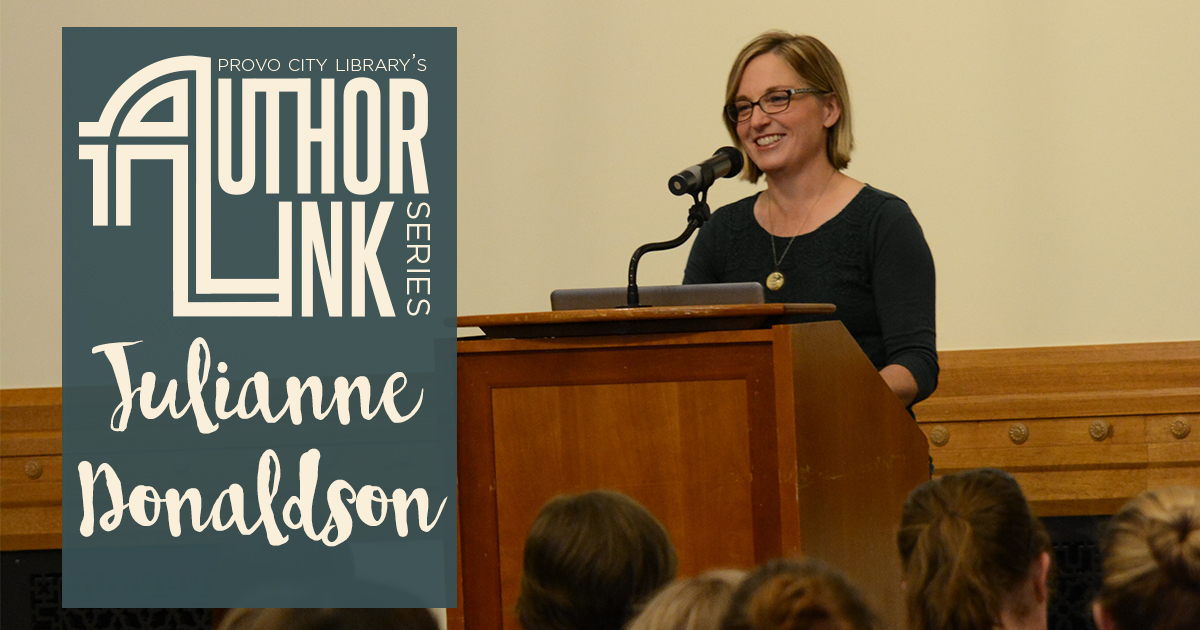 Julianne Donaldson, author of EDENBROOKE and BLACKMOORE spoke at the Provo Library not of writing advice in a technical sense but of chasing your dreams on Thursday, July 21, 2016.

She explained that when she first began writing nearly a decade ago, she was already running an eBay business and teaching piano lessons to keep her family afloat while her husband attended law school.

“Life felt really hard,” Donaldson says. “Every time I went to the grocery store I had to pay with my food stamps card and I just wanted to tell people in line that it’s not going to be like this forever. One day, I’m going to have enough money to buy my own groceries.” 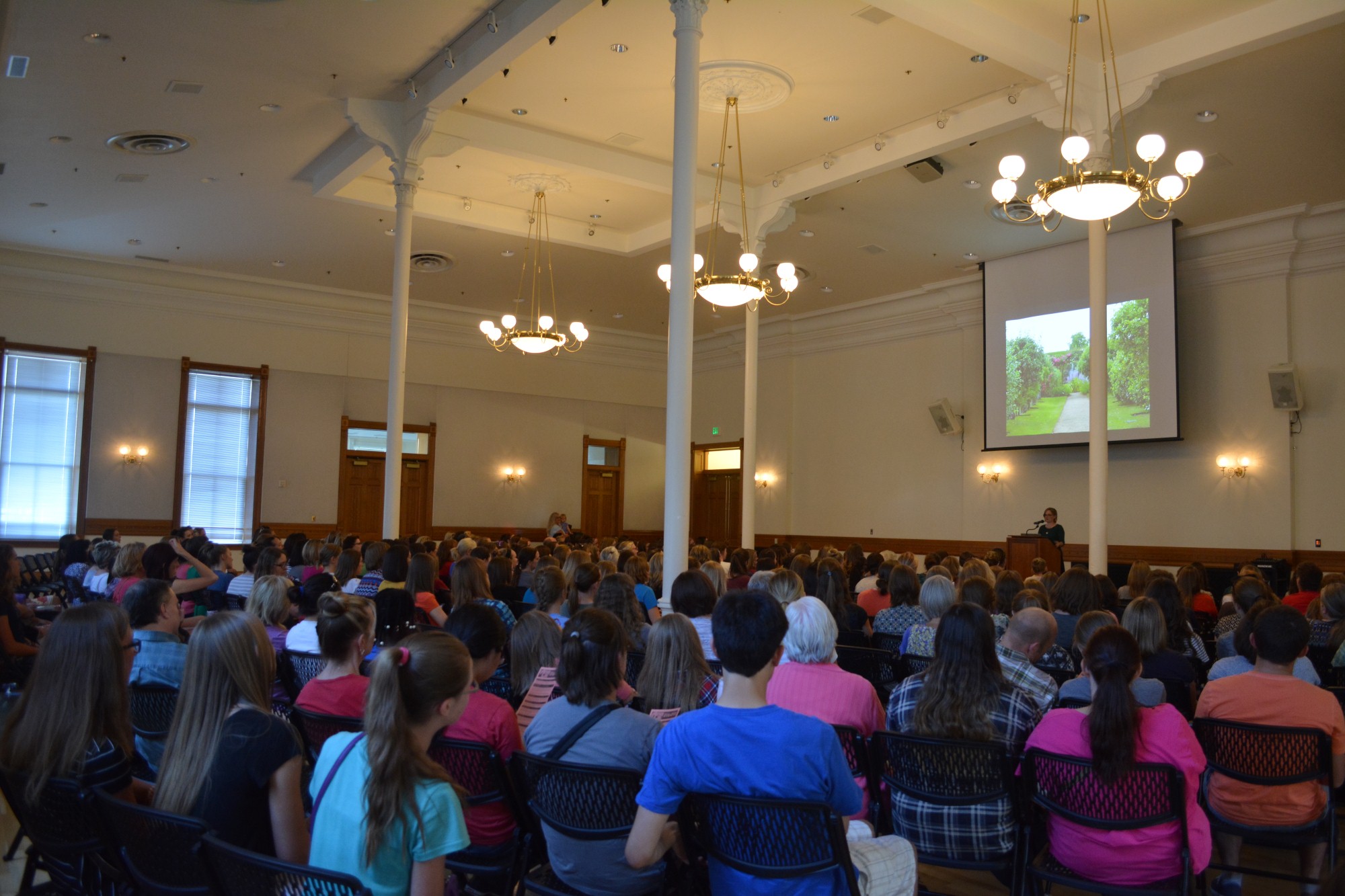 She turned to books like the Regency romances of Georgette Heyer, but found that there weren’t many stories like the ones she wanted to read. So, washing dishes while her three children smashed goldfish on the kitchen table, her own stories and characters began to take form.

“I was writing this story, with no thought that it would ever be published one day. I was just doing it for myself,” said Donaldson. “I loved the experience of escaping to a place where there was a lot of romance, there were no kids, and both my hero and heroine are filthy rich because it’s fantasy.”

As an English major, Donaldson had focused on studying literature and had never taken a creative writing class, but began writing what she did know, the Regency romance of those she had studied.

“I had this moment where I was like, ‘Oh! This is my talent. This is what I was given to do, to write a romance,” says Donaldson.

She realized that this talent was special and couldn’t be ignored simply because she was already a mother—she had more to do. As she became more passionate about her work she dreamed of traveling to England to begin seriously researching the book she wanted to write.

“It was this whirlwind adventure of me driving through England, in a rental car, hugging the wrong side of the road,” says Donaldson. “Every time we came to a roundabout I couldn’t stand the terror of going around, so we just kept driving in a circle.” 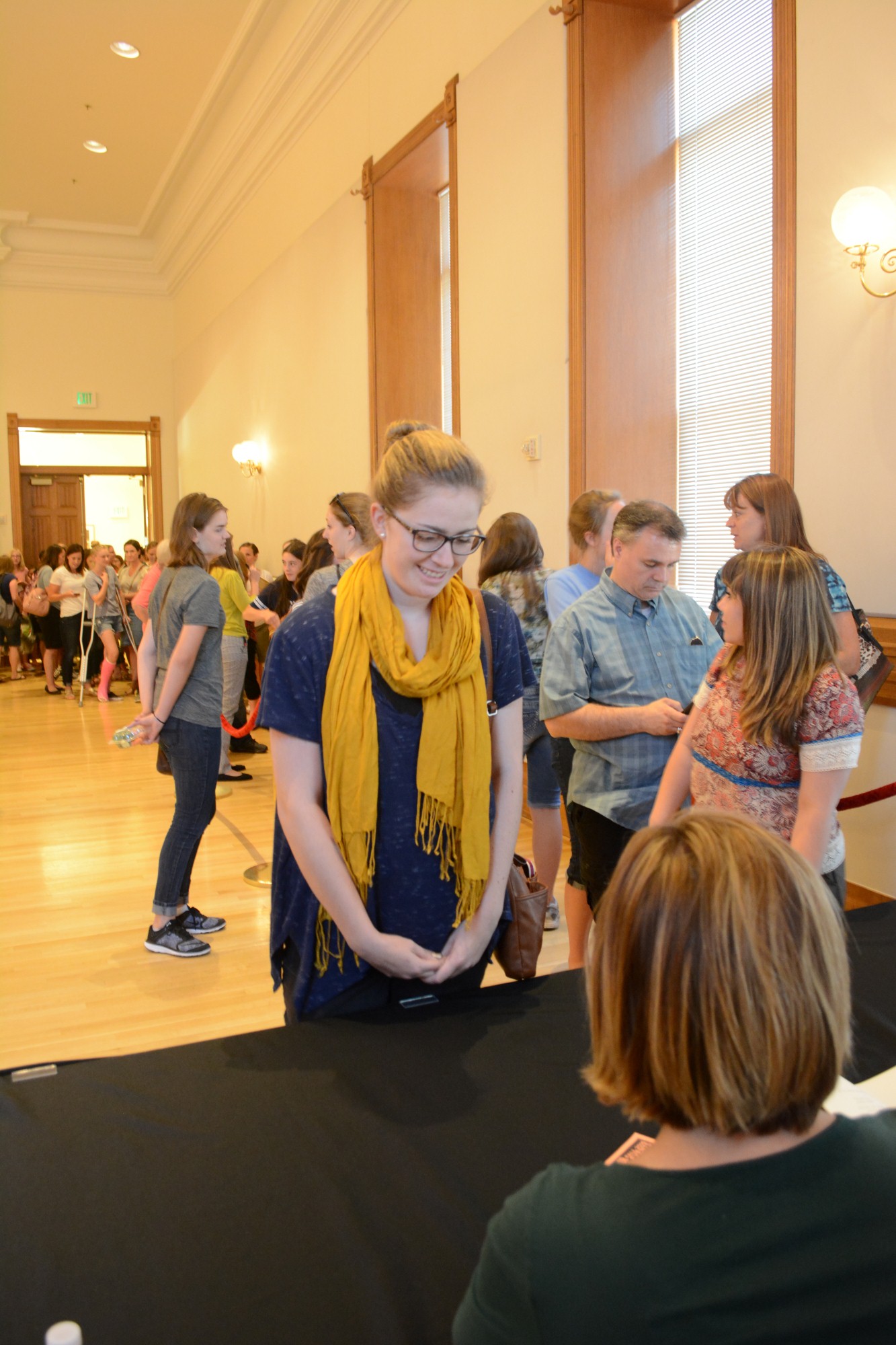 She'll be signing for hours!

When she was able to overcome her fear of right turns, Donaldson set out to experience the grandeur that her characters might experience and she felt inspired to write specific scenes that were more closely focused on the Regency world she wished to make accessible. She took pictures, talked with locals, researched and taped pictures of the attractive men she based her heroes on to her computer while writing and rewriting her books.

After Donaldson’s many years of hard work and perseverance, her labor of love, EDENBROOKE was finally published, but more importantly, Donaldson felt like she was able to write her way towards the light at the end of the tunnel.

“I found that pursuing the talents that I had been given and using them to create really helped me to feel better about myself and my life,” Donaldson says. “It’s always the right time to pursue your dreams and it doesn’t matter what they are.” 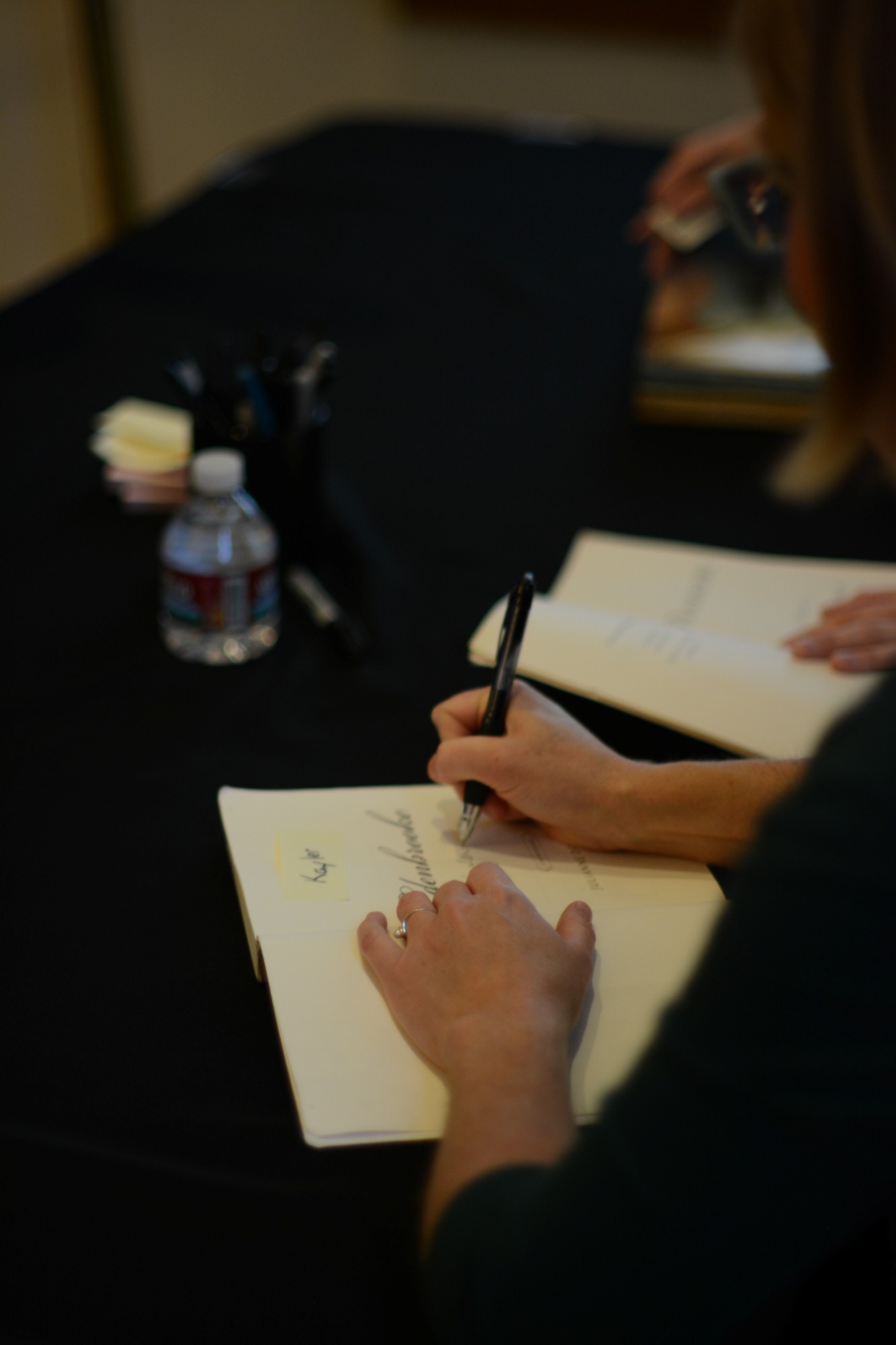 To view upcoming visits from authors, check out our fall schedule or subscribe to our AuthorLink Newsletter.