Pokémon GO (to the Library) 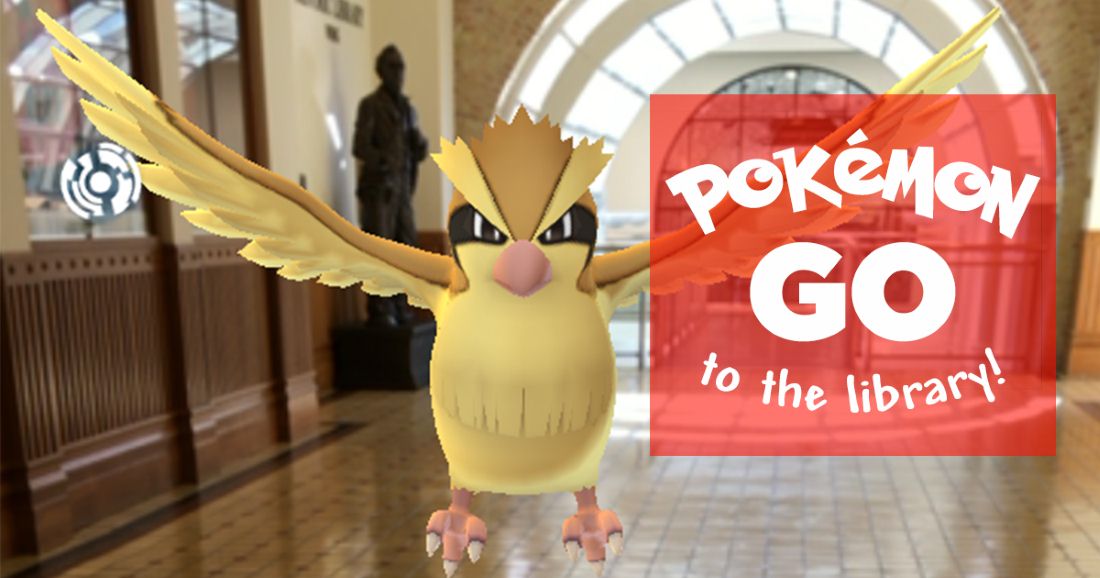 If you've been to the Library the past week, or even driven by, you've surely seen an assemblage of folks in front of our building. They are united in their common stance—looking at their cell phones— and their common goal — to catch Pokémon. 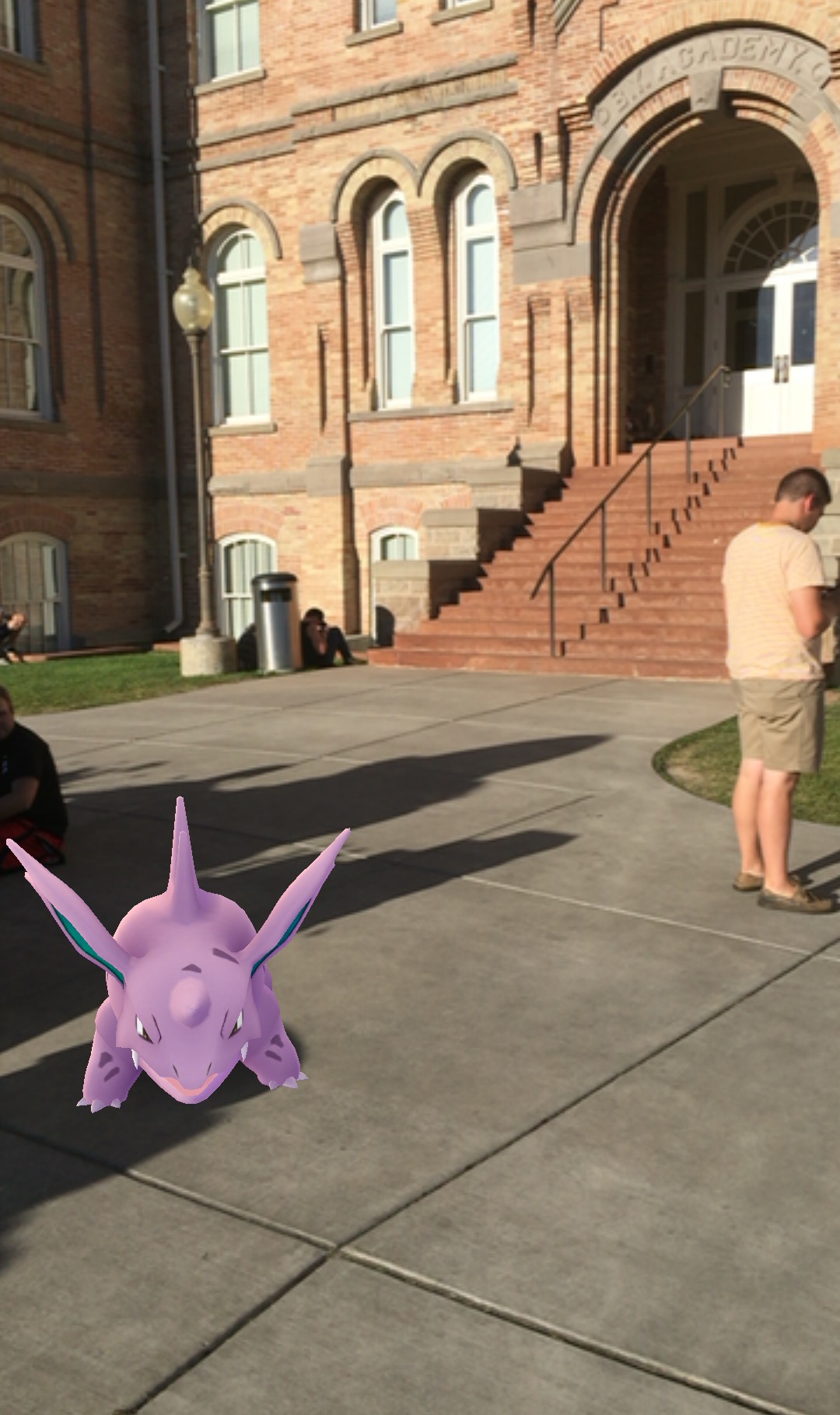 Little does he know that Nidoran has it out for him...

The mobile game Pokémon Go has consumed batteries and attention spans everywhere, and the Library has become a major hotspot for players, so much that they've been staying on our front lawn until the wee hours of the morning. But we've got some photo evidence which reveals that these creatures aren't just outside, but have invaded the Academy building! 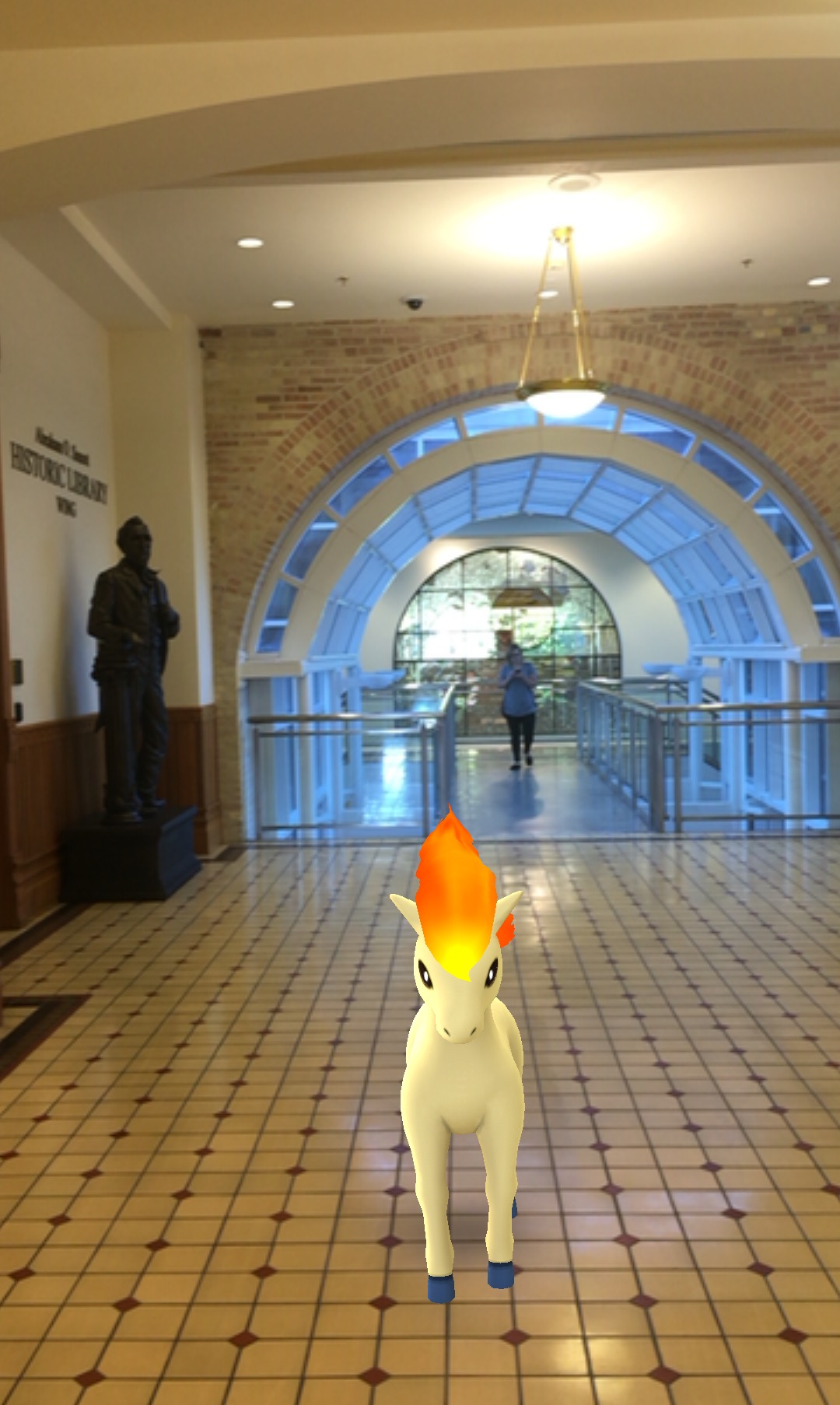 Ponyta always knows the best places to pose for pictures. 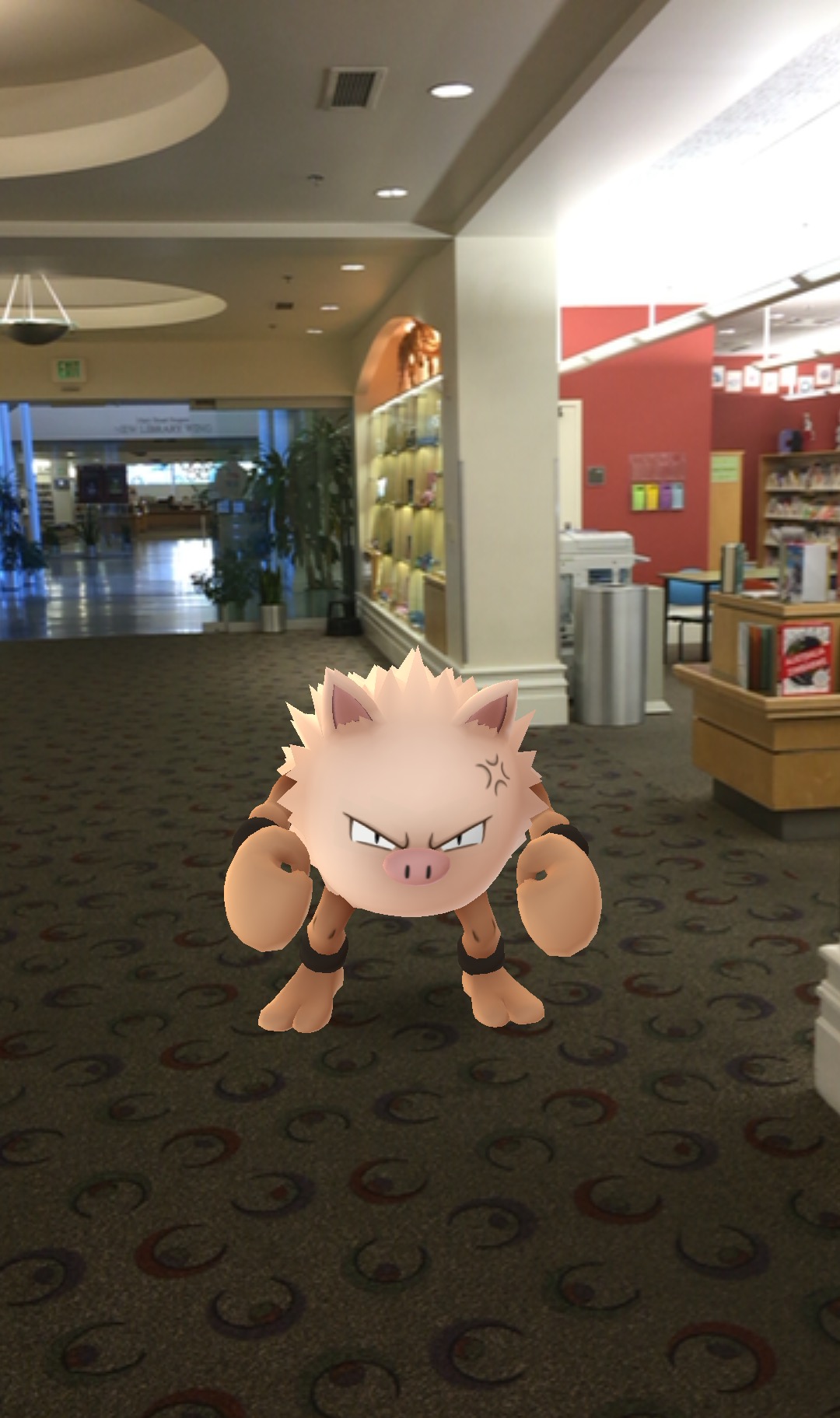 Mankey was dismayed to find out all our copies of the
newest DIARY OF A WIMPY KID were checked out.
Don't worry, Mankey, our hold queues aren't that long. 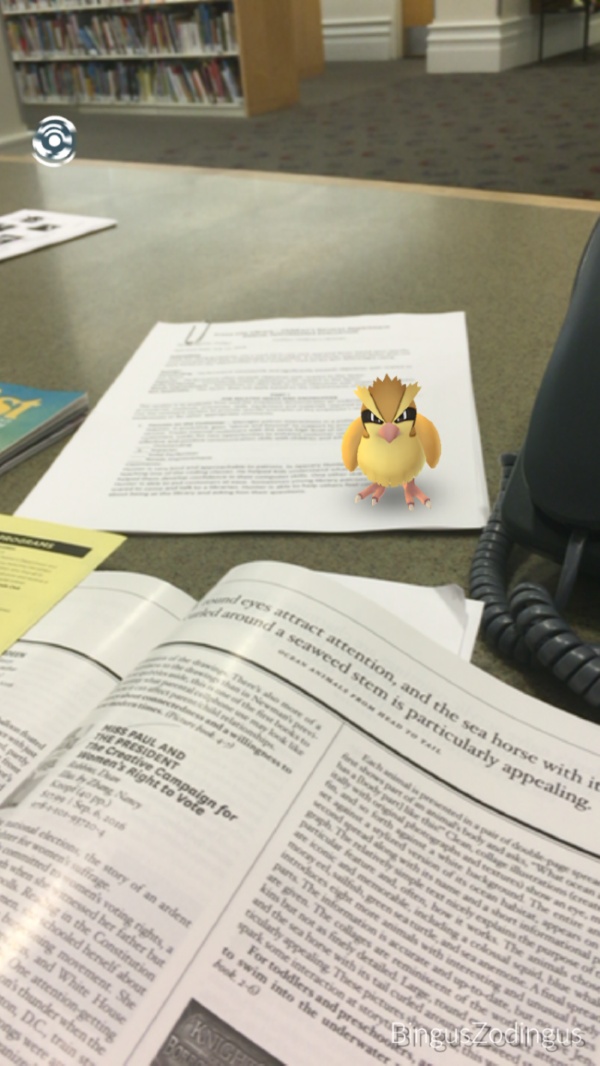 Pidgey's favorite move after "tackle" is "browse" (review journals, that is).

Come check out the Library and see if you can catch any elusive Pokémon, and while you're at it, check out a book or two! Stay tuned in the next few weeks for some more Poké-related activities in our Children's department.