In Honor of Pioneer Day, Read These YA Westerns 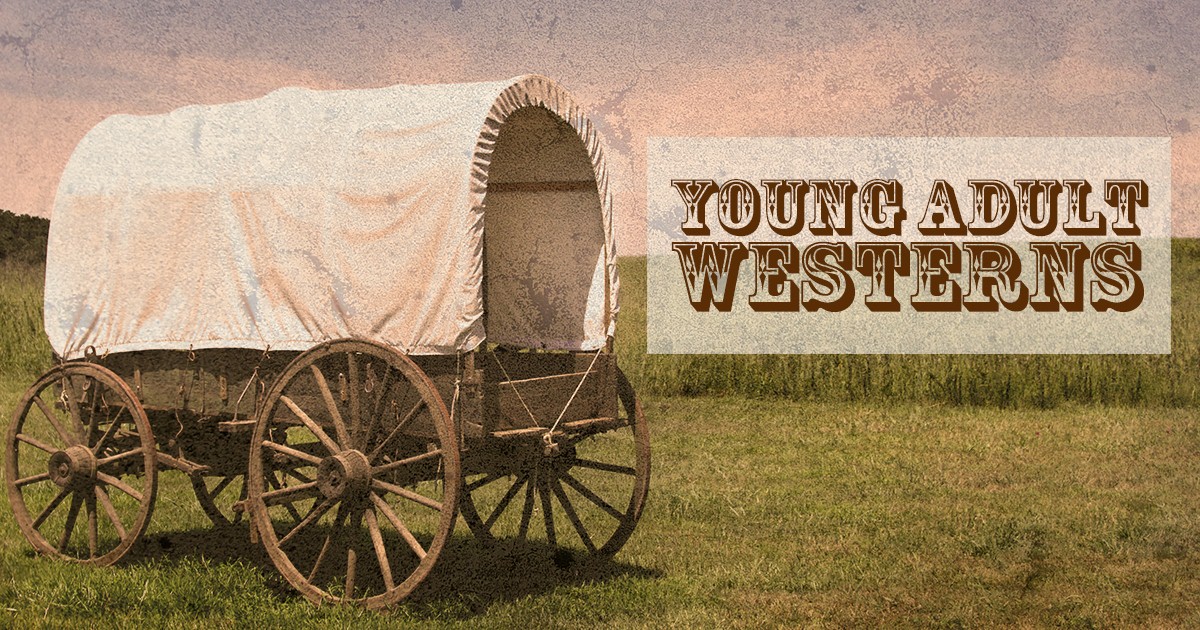 We just celebrated one of my all-time favorite holidays – Pioneer Day! Every 24th of July my family heads up to the Kamas Valley to hike in the Uintas, watch rodeos and demolition derbies, eat delicious food, and of course to remember pioneer ancestors like my great-great-grandmother, Anthonette Marie Olsen. "Nettie" joined a handcart division when she was just twenty years old. She crossed the plains in 1865, and she settled in Salt Lake City, Utah. Reading stories about my great-great-grandmother's journey— like when she saw sunflowers for the first time or her encounters with Native Americans—  may have been where my love for Westerns began.

If you've never read a Western before or perhaps it's just been a while, now is the time to give them another try! If the traditional Louis L'Amour novel isn't the thing for you, try a more modern Western. Contemporary Westerns now crossover with so many different genres that they offer a little something to almost any reader. Don't believe me? Check out this list of fantastic Young Adult Westerns that include fantasy, multicultural fiction, adventure stories, and even a little bit of romance! I'd start with WALK ON EARTH A STRANGER. It's my favorite.

Lee Westfall, a young woman with the magical ability to sense the presence of gold, must flee her home to avoid people who would abuse her powers, so when her best friend Jefferson heads out across Gold Rush-era America to stake his claim, she disguises herself as a boy and sets out on her own dangerous journey.

In 1845, Sammy, a Chinese American girl, and Annamae, an African American slave girl, disguise themselves as boys and travel on the Oregon Trail to California from Missouri.

When her father is killed by the notorious Rose Riders for a mysterious journal that reveals the secret location of a gold mine, eighteen-year-old Kate Thompson disguises herself as a boy and takes to the gritty plains looking for answers—and justice.

THE SPRINGSWEET
by Saundra Mitchell
(2012)

Moving from Baltimore to Oklahoma Territory in the late 1800s, seventeen-year-old Zora experiences the joys and hardships of pioneer life, discovering new love and her otherworldly power.

REVENGE AND THE WILD
by Michelle Modesto
(2016)

Seventeen-year-old foul-mouthed Westie, the notorious adopted daughter of local inventor Nigel Butler, lives in the lawless western town of Rogue City where she sets out to prove the wealthy investors in a magical technology that will save her city are the cannibals that killed her family and took her arm when she was a child.