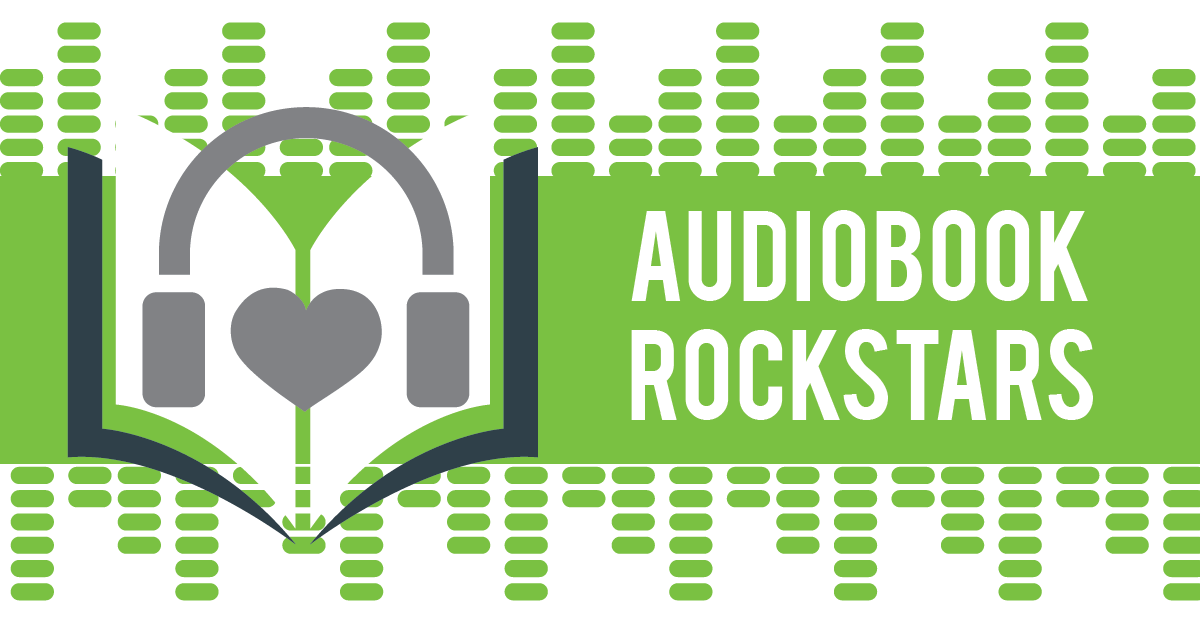 A little bit ago we discussed our audiobook pet peeves.  It’s sometimes easy to say what we don’t like about things, but it’s harder to explain what makes something good.  Here’s my stab at what makes a good audiobook narrator:  A good narrator brings the words of a page to life with appropriate voice inflection, tone, and volume.  In doing so, they capture the spirit of the book (or the main character).  A narrator should be able to give distinct voices to characters based on the book descriptions. The listener should immediately be able to tell who's talking based on the voice the narrator uses.

Sounds like we’re demanding a lot!  (And we are)  But here are a few good audiobook narrators that my co-workers and I enjoy, in no particular order.

One co-worker called Jim Dale the rockstar of all audiobook narrators, and if you’ve listened to the HARRY POTTER series, you likely agree.  But Jim Dale has narrated a lot more than HARRY POTTER, and his other books are worth listening to as well.

Wil Wheaton may be known for his roles in STAR TREK and THE BIG BANG THEORY, but he’s a great audiobook narrator as well.  Aside from Jim Dale, Wil Wheaton’s the one my co-workers recommended the most.  I had a few co-workers tell me that they enjoyed his reading of READY PLAYER ONE and ARMADA so much that they’ve picked up other audiobooks just because he’s the narrator.

WHAT IF?: SERIOUS SCIENTIFIC ANSWERS TO ABSURD HYPOTHETICAL QUESTIONS

The narrator for THE MARTIAN has an almost gritty, no-nonsense kind of voice.  But when you pair it with the kind of dead pan humor of the book, it perfectly captures the spirit of the book - it could easily freak you out if he weren't so upbeat all the time.

LIFE ON PURPOSE: HOW LIVING FOR WHAT MATTERS MOST CHANGES EVERYTHING

Jayne Entwistle is known for her excellent reading of Alan C. Bradley’s THE SWEETNESS AT THE BOTTOM OF THE PIE mystery series.  It takes skill to narrate books with an eleven-year-old protagonist, but Jayne Entwistle does it with style.  One co-worker describes her this way: “She sounds a lot like Emily Blunt and I kind of love that.”

THE SWEETNESS AT THE BOTTOM OF THE PIE

THE WAR THAT SAVED MY LIFE

This is one example of an author who can also competently narrate.  You might say I’m biased, because Neil Gaiman read the first audiobook I ever listened to, and he’s an advocate for libraries, but no, I’m not biased.  He’s amazing.  Despite what I said in the previous blog post, other authors can narrate as well.  Examples include Gretchen Rubin, Brene Brown, and Chris Hadfield.

THE OCEAN AT THE END OF THE LANE

George Guidall recently won a lifetime achievement award for his work as an audiobook narrator.  He’s recorded over 1,000 audiobooks, and received many awards, so you know you’ll probably find something he’s read that you’ll like.

Known for reading: loads of books!

THE HUNCHBACK OF NOTRE DAME

If you love YA, you’ll love Katherine Kellgren.  Best known for her work on the BLOODY JACK novels by L.A. Meyer and for the KANE CHRONICLES series by Rick Riordan. Katherine is great at accents, and she’ll even sing a little!

Called “the Meryl Streep of audiobooks” for her versatility with accents and subject matter, Barbara Rosenblat is one of the first audiobook narrators I heard spoken of in reverent tones.  The woman can read anything and make it interesting.

The narrator of THE GIRL WITH THE DRAGON TATTOO, along with many other books, is best known for giving life and personality to each character of a novel without resorting to a lot of vocal gymnastics.

THE GIRL WITH THE DRAGON TATTOO

If you’re looking for more excellent narrator suggestions, being a stellar audiobook narrator takes skill, so there are awards for them!  There are the Golden Voice Narrators awards and the Earphone awards.