How Heath and Amanda Help Me Love Will

True Confessions of Carla: While I do appreciate an occasional Shakespeare play along with any movie version involving Kenneth Branagh, I most love William Shakespeare when I’m watching 10 THINGS I HATE ABOUT YOU or SHE’S THE MAN.

This is not an impressive confession, but it is the truth. 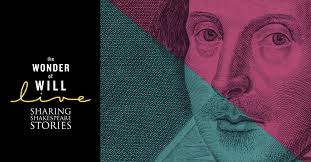 Fortunately, this Saturday I have an opportunity to improve my understanding and appreciate of Shakespeare’s contributions to our language and culture by participating in an exciting live streaming event.   April 23rd is the 400th anniversary of the death of William Shakespeare.  To commemorate his amazing contribution to our world C-SPAN will broadcast The Wonder of Will Live.  This presentation will include a diverse array of actors, community leaders, artists and scholars all sharing their connection to Shakespeare through compelling performances and personal stories.  For the Shakespeare enthusiast, this is an amazing opportunity to celebrate and learn.

In my own attempt to observe this anniversary, here is a list of my favorite Shakespeare adaptations and why I love them.

Based on THE TAMING OF THE SHREW, this classic teen drama features young Julia Stiles, Heath Ledger, and Joseph Gordon-Levitt.  I could never put my finger on exactly why this movie spoke to me but every time I hear Sinatra sing "I Love You Baby", I picture adorable Heath lip-syncing in the bleachers.  And thus, a celebrity crush was born.

My sister and I have a strange obsession with this adaptation of TWELFTH NIGHT.  Starring Amanda Bynes and Channing Tatum, this is a high school drama of the most cliché sort.  And I absolutely love it!  I can watch it over and over and I really don’t know why.  The critics hated it and I’ll admit a bit of the humor is slapstick and silly.  Still love it.

I cannot count the numbers of times I’ve watched John Wayne chase Maureen O’Hara around the small town of McLintock.  We watched it frequently growing up and I don’t think I realized it was based on THE TAMING OF THE SHREW.  I think Shakespeare would have appreciated The Duke’s hat tossing prowess.

While some of these adaptations may not be obvious, KISS ME KATE certainly is.  This is a Cole Porter musical version of THE TAMING OF THE SHREW and I can still sing some of the songs even though I haven’t seen it in years.  The sign of a great musical!

Shakespeare and zombies.  Doesn’t get better than that.  In WARM BODIES, zombie R saves Julie from certain death and falls in love with her, possibly because he eats her boyfriend’s brains, but you can’t blame him…he was hungry.  I thought this movie was pretty charming and I think I liked the ending better than Shakespeare’s tragic original.

Thanks Will!  Happy anniversary!!