6 Degrees: Shakespeare Goes to the Office 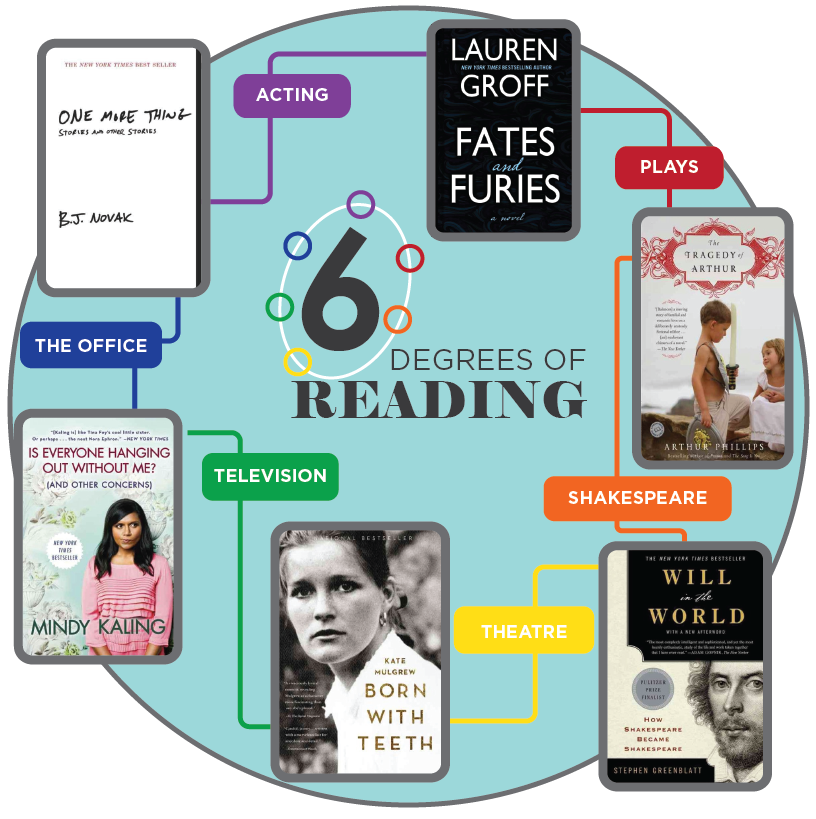 We're celebrating Shakespeare this week (it's his birthday, after all!), and you might surprised with how easy it was to connect him to some of our favorite stars of THE OFFICE.

This novel is a portrait of a marriage with the various secrets and deceptions of the husband and wife unfolding as the story progresses. The first half focuses on the husband, Lotto, a struggling actor who achieves considerable success writing plays instead. The second half focuses on Matilde as she grapples with tragic loss and her own dark past.

THE TRAGEDY OF ARTHUR
by Arthur Phillips
(2011)

Arthur and his sister Dana are presented with a play, purportedly written by William Shakespeare, by their dying father, still serving prison time for fraud. Their father’s dying wish is for his children to publish this never before seen work.

WILL IN THE WORLD: HOW SHAKESPEARE BECAME SHAKESPEARE
by Stephen Greenblatt
(2004)

This book explores the rise of William Shakespeare from his humble background to become the most famous and influential English playwright in the world. The author paints this portrait within the context of the Elizabethan world in which he grew up and which shaped his theatrical works.

Starting with her upbringing in Iowa, Kate Mulgrew tells her story of moving to New York to study theater, getting her first television role in the soap opera RYAN’S HOPE and later, her most famous role as Captain Janeway in STAR TREK: VOYAGER. However, she places more emphasis on her personal life, relationship challenges and her attempts to reconnect with the daughter she gave up for adoption.

IS EVERYONE HANGING OUT BUT ME? (AND OTHER CONCERNS)
by Mindy Kaling
(2011)

Mindy Kaling, television writer and actor best known for her work in THE OFFICE, offers an array of humorous observations about her work, family, relationship challenges and her struggles with body image issues.

Well known for his writing and acting in the television series THE OFFICE, this is a collection of short stories varied and brilliant. The titular story is about a young boy who wins a sweepstakes contest only to discover that collecting the winning may prove more harmful than good for him and his family.