On the morning of January 4, 1892, Karl G. Maeser and the students of the Brigham Young Academy met for one last time in the ZCMI warehouse.  Their school building had burned down eight years before, and they’d been meeting in the warehouse while they slowly gathered the funding to build a schoolhouse that would meet the needs of a rapidly growing community.  After a benediction, the students marched in a procession a few blocks down the street to their new home.  When they reached the outside of the building, Dr. Maeser looked up at it and said, “The old man taught school in a log cabin, but they have built a palace for his boys.” (1)

One of my favorite parts of working as a librarian at the Provo City Library is giving tours of the historic wing, better known as the Brigham Young Academy building.  I grew up in Provo, but despite Maeser’s pronouncement that this building was a palace, my memories of the old Brigham Young Academy are of a sad, neglected block of buildings that was a bit of an eyesore right in the center of town. 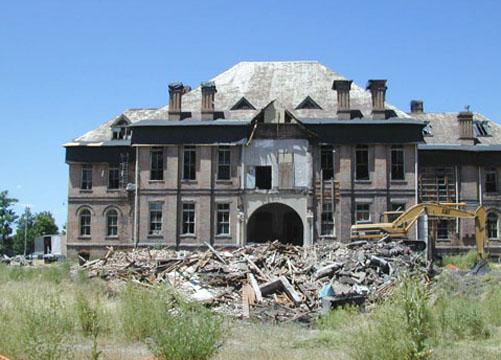 Fifteen years ago, the debris was cleared out and the building was restored thanks to the efforts of local citizens who care for our history.  Re-named the Provo City Library at Academy Square, it’s been a thriving part of our community ever since.  We keep a record of the reconstruction process on our website, but some of my favorite pictures can be seen below. 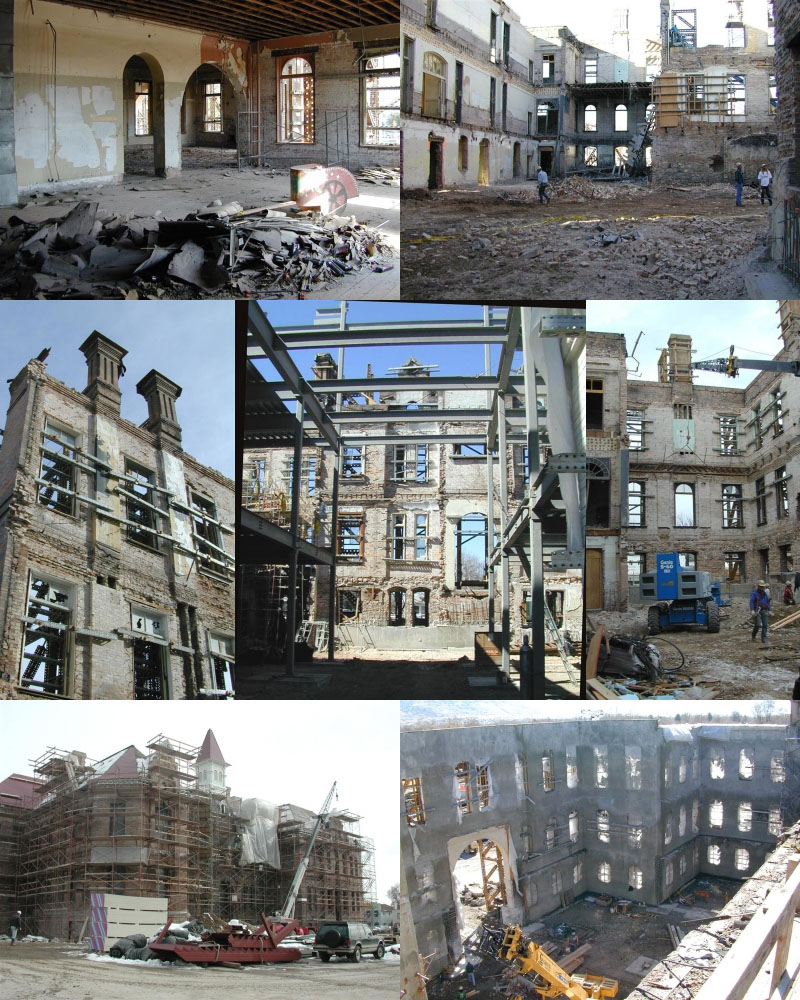 With the recent rebuilding of the Provo Tabernacle and its conversion into the Provo City Center Temple, I’m not the only one who has noted the similarities between two buildings with such deep roots into our city’s past. Both of these buildings were originally built around the same time with funds raised by the community, meant to be used and appreciated by everyone in the community. Both buildings have had many different uses over the years.  And when both buildings finally gave way to time and weather and age, both were raised up and given new life and purpose.

And so, while celebrating the rebirth of the Provo Tabernacle and the revitalization it will give to downtown Provo, I’m taking a minute to celebrate the rebirth of the Brigham Young Academy as well.  It is a palace once more.  Thank you to everyone in the community for supporting the library.  We look forward to many more years of service.