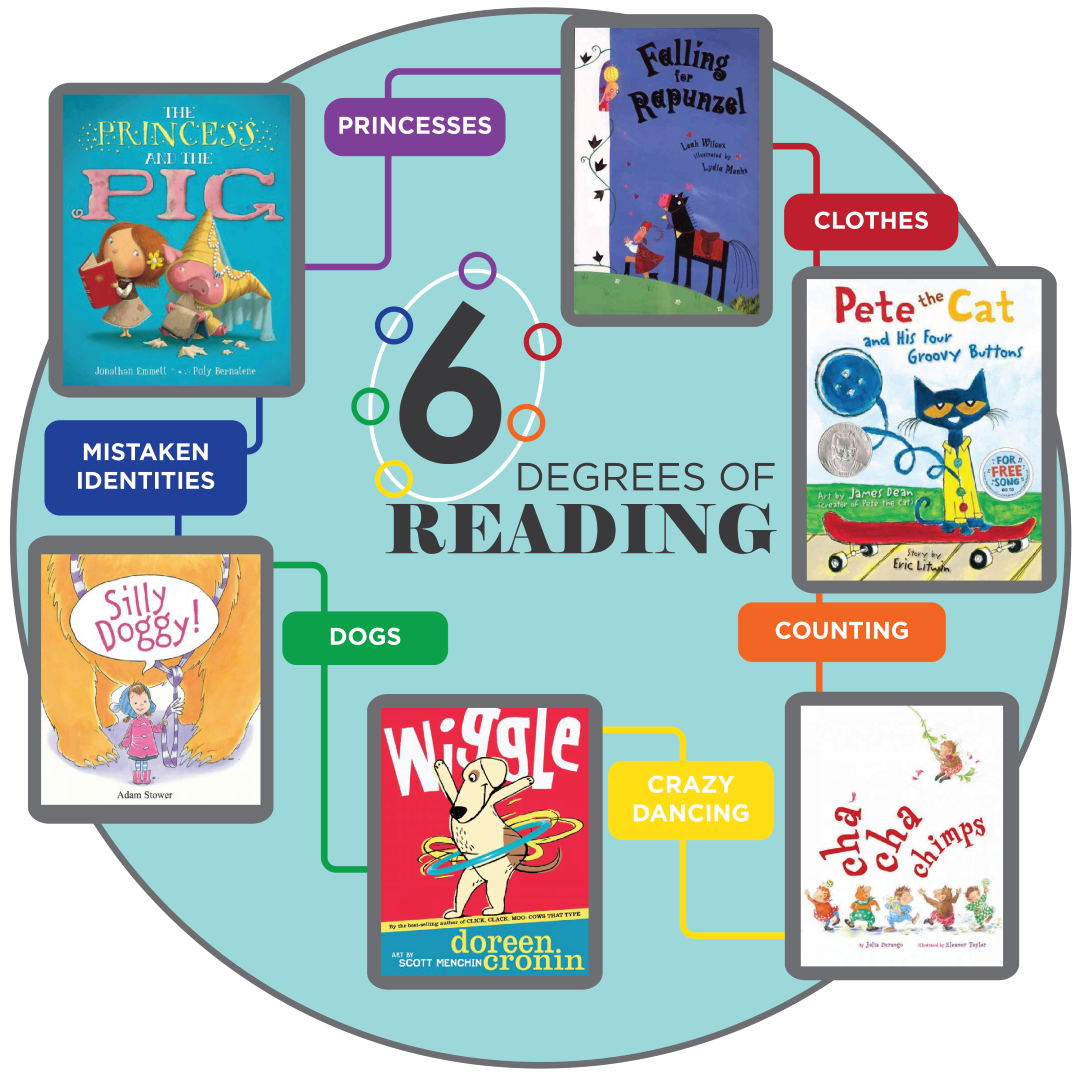 Ever wonder how librarians hone their recommendation skills? Sometimes, our librarians play a game we call the 6 Degrees of reading. The rules are simple: choose six books, each connected somehow to the book above it, with the last book in the list connecting to the first. Periodically, we like the results enough to share them with you.So, with no further ado, we bring you 6 Degrees of Reading, Princesses and Animals (picture books).

FALLING FOR RAPUNZEL
by Leah Wilcox; illustrated by Lydia Monks
(2003)

Upon hearing a prince’s call, princess Rapunzel throws out what she thinks the prince is asking for—but from clothes to maids, Rapunzel tosses the wrong items out, much to the prince’s chagrin.

PETE THE CAT AND HIS FOUR GROOVY BUTTONS
by Eric Litwin; illustrated by James Dean
(2012)

As Pete the Cat goes about his day, he deals with a constant problem with his clothes—his buttons keep falling off! Can Pete the Cat still keep a smile even while counting and losing his buttons?

Ten little chimps sneak off to dance the cha-cha, and one by one, readers count down as various chimps get distracted by other types of dancing—until Mama Chimp comes to find her wayward children and send them all off to bed.

Told in rhyme, this book features a dog who shows little readers how to dance or wiggle before falling asleep.

A young girl named Lily finds a bear in her garden and assumes it is a dog. The mistaken identity causes loads of mishaps and comedy as she discovers what really makes a “silly doggy.”

THE PRINCESS AND THE PIG
by Jonathan Emmett; illustrated by Poly Bernatene
(2011)