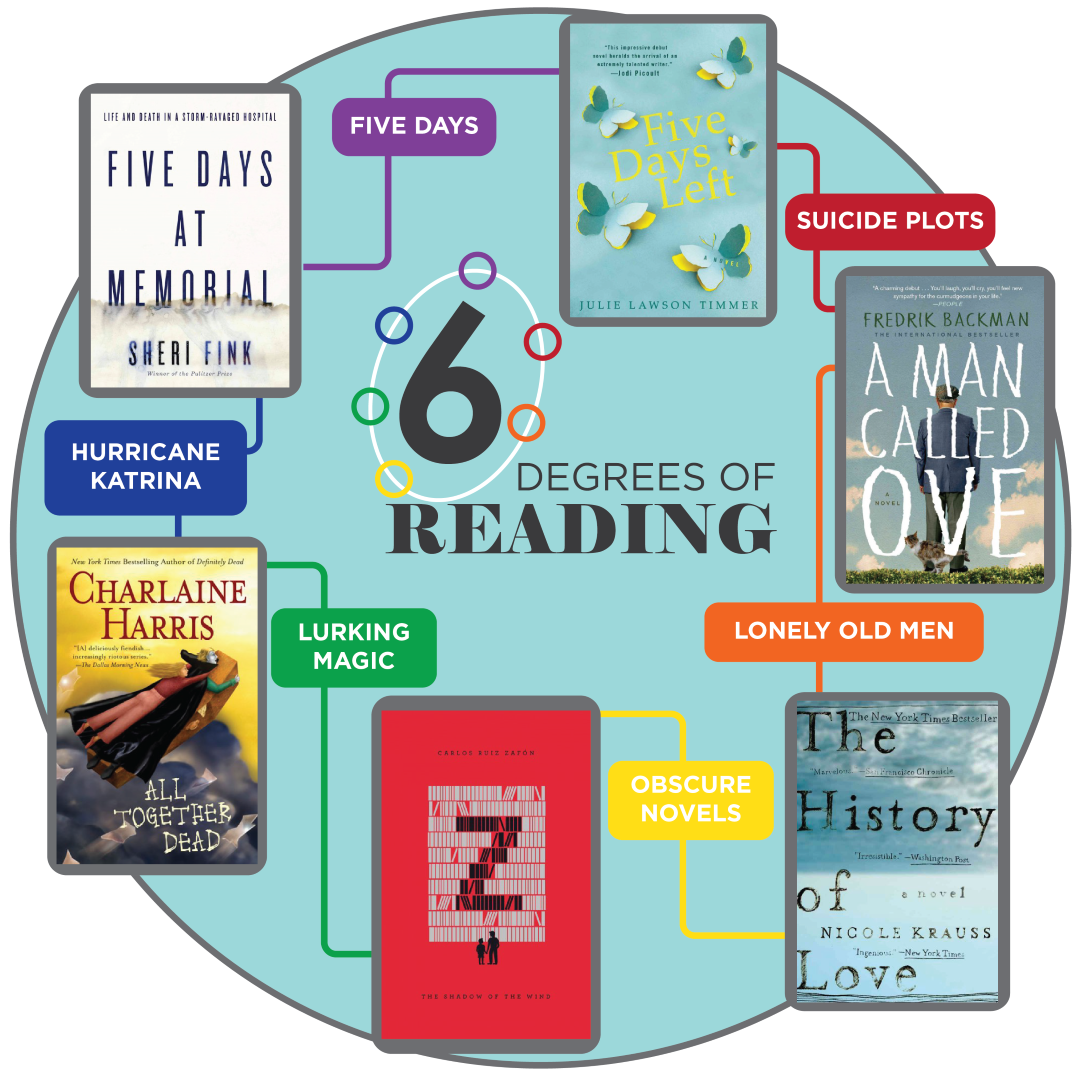 This time around: time limits and tempests.

Two stories run parallel in this novel of heartbreak and hope.  Mara has five days left before she plans to kill herself before her Huntington’s Disease becomes more than she can bare.  Scott has five days left as guardian to an 8-year-old foster son whose mother is being released from prison and plans to take custody.  This book chronicles the five days that each has left with the ones they love.

A lonely old man is planning to kill himself now that his wife is gone and he finds he has little to live for.  But the annoying new neighbors, old estranged friends, and a stray cat all interject themselves into his life and, unintentionally, find ways to foil his suicidal plans. While it sounds depressing, it is actually very funny and heartwarming.

Leo Gursky is a lonely old man who survived the holocaust but is now nearing the end of his life and worries that no one will notice when he is gone.  Alma Singer is a fourteen-year-old trying to help her mother fight loneliness and depression. An obscure novel helps to bring these two strangers together where they may find salvation and peace.

THE SHADOW OF THE WIND
by Carlos Ruiz Zafon
(2004)

Daniel Sempere is the son of a bookstore owner during the 1950s in Barcelona.  He discovers an obscure novel, and begins a quest to uncover the many mysteries surrounding the book and its author.  Zafon vibrantly creates a dark and mysterious Barcelona with a magical world lurking beneath the surface.

Sookie Stackhouse has a telepathic gift.  But as a small-town waitress in Louisiana, her gift really only gets in the way.  In this 7th book in the series, Sookie gets entangled in vampire politics which are especially dangerous since the local vampire queen has been weakened by the destruction caused by Hurricane Katrina.  Harris presents a supernatural South where magic lurks beneath the surface.

FIVE DAYS AT MEMORIAL: LIFE AND DEATH IN A STORM-RAVAGED HOSPITALF
by Sheri Fink
(2013)

An investigative journalist delves into what happened at New Orleans’ Memorial Hospital during Hurricane Katrina.  Inadequate planning left doctors and nurses without power, leadership, or a way to getting patients and personnel to safety.  Over the five days they survived in the aftermath of the storm, life and death decisions had to be made.  The fallout from those decisions eventually caused several of the staff involved to be charged with second-degree murder.